There’s controversial calls for a memorial in recognition of drug overdose victims at Richmond.

The City of Yarra mayor says if victims of car crashes who have broken the law get memorials, so too should victims of drug overdoses.

Neil Mitchell has labelled it a “strange idea”.

Greg Denham, Executive Officer of the Yarra Drug and Health Forum, has told Neil it’s a good opportunity to remind the community how many people die from overdoses.

“We do need to acknowledge that people have suffered,” he said.

Professor Margaret Hamilton presents on the MSIR Review to the community

Via ABC Local Greg Denham served as a police officer for 21 years. Now he… 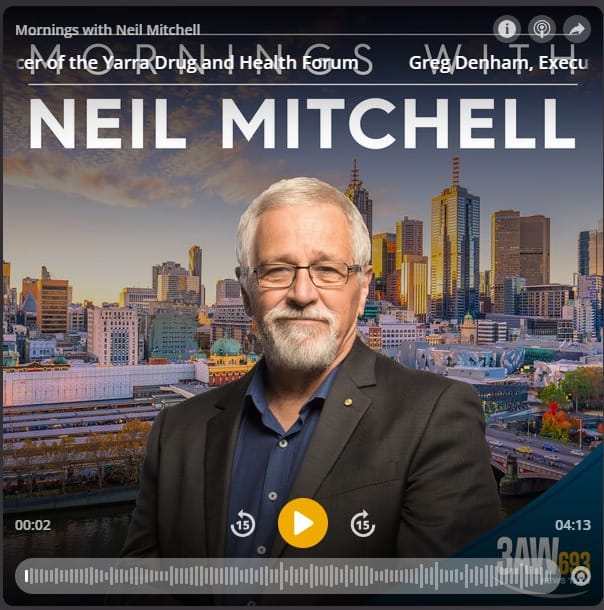 VAADA are running a series of forums, featuring a variety of political parties talking about