Open Letter of Thanks

On behalf of the Executive Committee of the Yarra Drug and Health Forum (YDHF)we would like to sincerely thank the numerous people that have lent their support to the campaign to establish a Supervised Injecting Facility (SIF) in North Richmond. The news that a SIF will be established at North Richmond Community Health Centre by mid-2018 is welcomed with a great sense of relief. We would also like to take this opportunity to acknowledge the loss of many lives as a result of drug use in the area over the past decade and beyond.

YDHF first raised awareness and started campaigning for a SIF in Yarra in the mid-1990s when heroin use was killing hundreds each year. Despite at times some challenging barriers, YDHF never lost sight of the fact that Yarra continued to experience the conditions that had led to the establishment of over 100 SIFs world-wide. Over the past decade the campaign grew in intensity, as did the drug market, with North Richmond and Abbotsford the epicentres.

Along this journey there have been many individuals, agencies and groups of committed people supportive of the notion that a SIF would not only save lives but also lead to a safer Yarra community. Despite many ‘ups and downs’, those committed to the cause, especially the people that live, work or are connected to Yarra, never lost confidence in the belief that one day the ‘planets would align’ and such a centre would be set up.

Over the next few months YDHF looks forward to working with relevant agencies and other stakeholders in developing a model of care that meets the needs of people impacted by injecting drug use in Yarra. Given the overwhelming evidence and experience gleaned from successful programs such as the Sydney MSIC we believe that this is certainly achievable.

Please pass this letter on to anyone that has helped along the way.

The Forum welcomes Yasmin Karaata to the Executive Committee. https://ydhf.org.au/staff-member/yasmin-karaata/

We'd like to introduce you to Saade Melki. Saade joined the Yarra Drug & Health…

Professor Margaret Hamilton presents on the MSIR Review to the community

Via VAADA E-News In each area of Melbourne, as well as Victoria more broadly, alcohol… 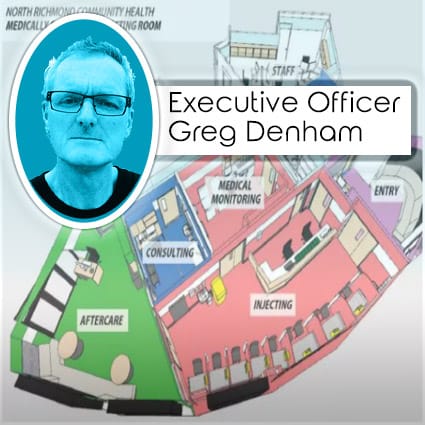 International Overdose Awareness Day is next Wednesday, and Harm Reduction Victoria (Australia) along with many